80s Fashion Trends That Are No Longer Popular

We believe that 80s fashion was the best decade for fashion, however not all of the most popular 1980s fashion trends made it out of the decade. Fashion always comes around in cycles, and we pick the best moments and repurpose them for modern reinventions.

The fashion trends of the 1980s were big, bold, and often misguided. Though there were many hits, there were quite a few misses as well.

So what are some 80s fashion trends that are no longer popular today, and is there any chance of them returning?

Believe it or not there are many 80s fashion trends that are still popular today. However there are also quite a few that have been left in the dustbin of fashion history.

So what are the popular 80s fashion trends that are no longer cool or hip today? Here are our top picks:

Let’s start with a classic that we all think about when talking about the 1980s. There was a big trend for shoulder pads. We’re talking about big structural pads that created a different shape on women’s jackets and ultimately gave wearers a new silhouette. At the time, it was a massive power move for businesswomen to wear this and be seen to compete in male-dominated worlds.

Today, we have grown beyond the need for such impactful gendered clothing, with female bosses wearing all kinds of outfits in the office and boardroom. It is pretty safe to say that these massive foam pads won’t make a comeback beyond fancy dress costumes and Dynasty conventions.

Sticking in a similar area, there was also a trend for puffy sleeves. We’re not just talking about over-the-top bridesmaid dresses or 80s prom fashion here. There was a massive trend for puff sleeve dresses that were so wide and flouncy that it looked like you wouldn’t fit through the door.

Now, this concept has returned to the fashion world to a degree. Designers are playing around with shape and volume on blouses and dresses. However, it isn’t to quite the same extreme, and certainly not on the same garish fabrics and sequined dresses. We learned our lesson and revised the trend effectively.

We all love a good graphic print on a t-shirt. Prints based on fandoms and locations always sell well, but they are pretty concentrated in the chest and abdomen area and have nice complementary tones.

In the 80s, things were more intense with big prints and blocks of color known as Memphis Design on large swaths of fabric. Think oversized jackets and maybe some matching trousers. As with everything else here, the extreme side of fashion quickly became outdated, and there isn’t much call for it right now.

These days, sportswear and activewear are quite conservative in their designs and color schemes. You can see groups of youths in branded clothing that is low in saturation and fairly non-descriptive. They can look on-trend without standing out. This is a complete departure from the style of the 1980s.

Back then the popular velour tracksuits were garish, to say the least. The fabric felt like velvet but it wasn’t, and for some odd reason people loved to go running in them. If you could get neon colors, all the better. It is pretty safe to say that most people wouldn’t be seen dead in this ensemble today.

Activewear in different forms was massive in the 80s because there was such a love of home workouts and exercise tapes. Stars would kit themselves out in bright spandex leotards, and a series of matching leg warmers and sweatbands. Naturally, the housewives at home tried to emulate that, and the garments appeared in gyms.

The trouble was that like so many bad 1980s fashion trends, it all went a little too far. Sweatbands on the wrists are practical, and one around the forehead is comical, but adding in leg warmers is ridiculous. Oddly, some companies are trying to bring legwarmers back, but it is hard to see them taking off.

The 1980s were all about luxury and extravagance, and what was more extravagant than being wrapped in a fur coat while you went about your business? Fur coats were the epitome of wealth, and some of them cost tens of thousands of dollars (in 1980s money!). Made from exotic animals like chinchilla, they were often worn by celebrities and the uber rich to flex their wealth, as well as featured on opulent tv shows like Dynasty.

However over time fur coats went out of style as more and more people became aware of the animal cruelty involved in creating these luxury items. Thus they went from a symbol of wealth to one of disdain, and by the 1990s fur coats were pretty much out of style.

One of the more peculiar fashion trends of the 1980s were ruffle shirts. These were basically exactly like they sound, shirts (typically white) that had ruffles that either went down the front or the sleeves.

Made famous by Prince as well as the “New Romantic” fashion movement, these shirts basically made you look like a modern day pirate. Perhaps it isn’t such a bad thing that this 80s fashion trend went out of style.

Who knew shirts could be fun? Well in the 1980s they were, and hypercolor shirts were basically shirts that changed color when you touched them. Popular among school kids, these shirts were everywhere for a while during the 1980s.

In the 1980s people started to become more health conscious, and celebrities like Arnold Schwarzenegger and Jane Fonda were spearheading the 80s fitness revolution. And of course if you were at the gym working up a sweat, you had to look fashionable too right? Well in comes shell suits and 80s workout fashion would never be the same!

Shell suits were basically full body sweatsuits that were typically made of nylon or polyester. Since it was the 80s and neon clothing was all the rage, they often came in bright colors that made everyone notice that you were serious about your fitness.

Jean jackets or denim jackets were quite popular during the 1980s. This was due to the popularity of the double denim fashion trend, as well as popular 80s staples like ripped jeans and acid wash jeans.

They were often worn by celebrities like Madonna and Salt n’ Pepa, and they were a great way to keep warm and look cool at the time. However as years went by, jean jackets seem to have faded into obscurity despite jean pants remaining a timeless classic.

Rah-Rah skirts (or Ra-Ra) were basically a short skirt that had multiple layers to it. The amount of layers varied, but typically they were 3-5 layers, though sometimes more extravagant pieces had 10+ layers to them.

They were particularly popular among young women in the 1980s, and they were meant to be a playful more innocent alternative to the mini-skirt. However over time women grew tired of them for some reason, and now this 80s fashion staple seems to be just a distant memory.

Back in the 1980s people would use to wear gloves, but the only difference were the fingertips were missing! Some of 80s music’s biggest stars like Madonna, Cyndi Lauper, and Billy Idol all wore fingerless gloves while performing as well as a casual fashion.

The fashion of the 80s was all about rebelling against the mainstream, and these unique gloves typically made of either leather or lace were the perfect way to let people know that you had a wild side to you.

Arguably the most memorable 80s fashion trend, the popularity of bright neon clothing has dwindled since the 1980s. If you had any sort of fashion sense back then, you at least owned a few items of clothing in a fluorescent green or yellow, and probably had matching accessories to boot!

The 1980s were a time of renewal, and many attribute the growing optimism in America to the rise of neon clothing as an 80s fashion staple. The Cold War was coming to an end, and people just felt good about the future. However as quick as neon clothing became popular, it appears to have also left just as fast.

Just like bright 80s clothing, the makeup used in the 1980s for both women and men was truly a sight to behold. Bold colors ruled the day when it came to 80s makeup trends, and fashion icons like Cyndi Lauper and Madonna help further popularize the practice of expressing yourself through your makeup.

Bright purple, red, and orange eye shadow and blush were common among trendy women of the day, and just like everything else in the 80s, the bolder your makeup was the better!

Could Any Of These 80s Fashion Trends Come Back?

Of course, the problem with lists like these is that sooner or later we will be proved wrong on one point or another. For example, about 5 years ago, fashion blogs would laugh at the trend for the fanny pack as a convenient way to carry convenient items and insist it was a one-time mistake. Today, young adults have them slug over their shoulders like crossbody bags in a new but questionable revival.

We also have to consider the possibility that some of these trends may come back ironically, as well as unironically. Shoulder pads may return in a different market, and head-to-toe neon isn’t completely outside the realms of possibility. What we can agree on right now is that these extreme 80s fashion trends that are no longer popular today really should stay trapped in the past. 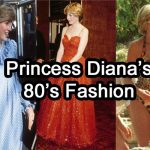 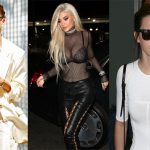